Vermentino is making a name for itself on the Australian wine scene. Many of the vines around the country are only young yet they are starting to reap some excellent reward.

Some examples which spring to mind are the brilliant Yalumba Y Series Vermentino 2011 which recently won a Top Gold in its class at the Royal Queensland Wine Show 2012 (and only around $10!!), whilst also at the same show was the Granite Belt's Golden Grove Vermentino which also won Top Gold in its class - second time in a row mind you and only two vintages into a distinguished run!

So I then turn to this beauty from Chalk Hill and once again, young vines kicking some massive goals. This wine is the first release Vermentino from this McLaren Vale producer, and as I've said before, here lies another reason for Australians to ditch the retail love affair with New Zealand Sauvignon Blanc and discover the wonders of what we are producing in our own backyard.

Vermentino hails from Italy and is finding Australian soils to be a more than suitable home. This is some seriously good drinking here. Only 10.5% alcohol, you are greeted with fresh cut herbs, tropical fruit salad, a touch of lemon and the slight whiff of marigold flower. The palate is clean and fresh, full of tropical fruit goodness. Lemons wash around in the background building the flavour profile nicely, and these flavours bounce around like a prize fighter. Some zesty elements and a minerality texture add to this delicious wine. A crisp and clean finish, a brilliant way to share a on its own, or with a salad, seafood and some good company.

Do yourself a favour and see for yourself why Vermentino is kicking some goals, and getting your mitts on this Chalk Hill effort is a superb starting point. 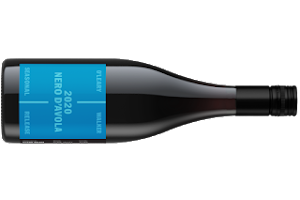