I recently caught up with Daniel Hopkins, GM of Tellurian Wines, when he was in town recently for Game of Rhones. Daniel was excited to show me his new release wines, and he had every reason to be I must admit. There's been some reshaping and rethinking going on at Tellurian, so much so that particular parcels that previously contributed to the flagship Tranter Shiraz have now been isolated to stand on their own two feet - the quality is there so why not.

After looking at the three top dogs, this Block 3 SR, Block 3 TLR and the Trantor, some words came out of my mouth which some producers don't want to hear - too cheap. For 39 bucks each, this is seriously good going.

Only 50 cases were made of this wine, named Block 3 SR after the short rows at the bottom of the hill where this single vineyard sits. It's here the soil depth is thinner than the top of the hill. The fruit produced from these short row vines display a distinct difference to those at the top of the long row. Seventeen months was spent in barrel, 50% of which was new French oak.

Lots of savoury appeal - think aromas of dried rose petals, Mediterranean herbs, black olive, supple red fruits and baking spices. Fruit is the boss in the mouth though. It's nicely rounded, generous and flinty, long and soothing. The longer it sat in the glass the denser it seemed to get.

Long term cellaring is in the bag.

Smart wine - did I say too cheap? 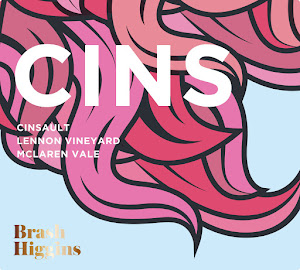