Behind the Brand - Peter McGlashan 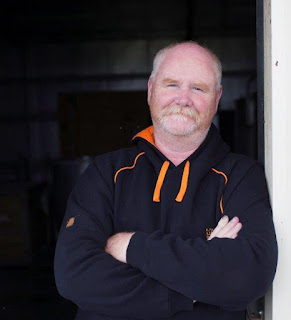 “I don’t need accolades, I just want to get shit done,” Peter McGlashan tells me as we chat about the direction and his vision for the Granite Belt. You’d be hard pressed to find someone as passionate about the region’s dirt.

Renowned wine writer Mike Bennie has been banging McGlashan's drum in recent years. “One of the most dynamic, engaged and interesting winemakers in the country. Peter has trail blazed for the Granite Belt by engaging beyond the usual demographic of Granite Belt loyalists, travelling, tasting and learning from a broad spectrum of experiences, and it shows. His wines have sky-rocketed in quality in recent years, his enthusiasm for the region has shifted gaze to his local community. A by-product has been broader exposure through his connectivity and interest in bigger picture and contemporary wine culture. It’s thrilling to see his enthusiasm, almost palpable at times. Beyond that, he’s a ripper bloke, which works a charm in getting his understated message across about Granite Belt and wine.”

McGlashan arrived on the Granite Belt in 1998. Having spent his years working in hospitality, he landed a job at the Happy Valley retreat working on the bar. A jack-of-all-trades, he soon found himself doing maintenance and running the cellar door at Emerald Hill, later re-named Ridgemill Estate. When the new owner Martin Cooper asked if he could make the wine, he gave his typical response, “I’ll give it a go.” He hasn’t looked back since with his first Chardonnay vintage in 2005 being awarded a gold medal at the International Chardonnay Challenge in Gisborne, New Zealand.

In his time at the helm, the label has continued to develop with new varieties and blends continually being sort after. But it’s not all about him and his wines – McGlashan has been quite vocal on social media to get the Granite Belt word out there to the masses, and he has done so with tremendous success.

Varieties that have been staples for the Ridgemill Estate brand since its inception have been Verdelho, Chardonnay, Tempranillo, Cabernet, Shiraz and Merlot, but it's McGlashan’s desire to think outside the square which has him gaining plaudits from some of the best in the business.

Chardonnay is McGlashan’s thing, and although he could sit on his hands and produce a ‘house style’ each vintage, every year is different to the previous depending on the fruit, use of oak and even stylistically. Numerous awards have come his way since including a trophy at the James Halliday Chardonnay Challenge in 2013 for his 2012 WYP Chardonnay, but nothing tops the trophy received for his 2014 Chardonnay at the Australian Small Winemaker’s Show with the added bonus of the Viticulturist of the Year award.

On-going discussions for twelve months with local stalwart Jim Barnes saw the two hatch the Strange Bird concept in 2007 to sell the region’s diverse use of alternative varieties. This vision in action put the region on the map all those years ago. McGlashan has himself introduced the little known dark inky Jacquez as well as Saperavi, a Georgian variety which is a neat fit in the region. He has since attended the Saperavi Symposium in McLaren Vale a few times to further his knowledge and understanding of the variety.

With a soft spot for Gamay, McGlashan produced a side project a few years ago with fruit sourced from Toowoomba of all places. Such was the success his stock sold out quickly during those two vintages. Subsequent vintages were quashed when the vineyard was pulled out in 2015.

In recent years he has added Riesling and Pinot Gris as well as Grenache and Mourvedre to the Ridgemill Estate range. He’s on point with current trends too and even dipped his toe into skin contact wines. He has now produced four vintages of this plaything, something he describes as ‘hands off – brain on’. A cheeky take on Chateauneauf-du-Pape is soon to be released too, with local winemaker Ray Costanzo claiming it to be one of the best wines he’s seen produced on the Granite Belt. A blend of Shiraz and Grenache (60/40), the Shiraz component is unwooded and saw the use of some whole bunches.  Watch this space. 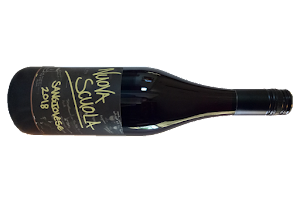