There's those cellar door experiences which take you to higher places where you get caught up in the moment enjoying the scenery or the casual conversations and laughter with the host. Or, you get those which are forgettable leaving a bitter taste in your mouth. Go to Moonrise Estate if you want to experience the latter. What a disappointment.

Many would know that I am a staunch supporter of the Granite Belt and Queensland wines in general, but I've got to say that I have never had a cellar door experience anywhere in the country as I did at Moonrise Estate just recently.

I often venture to the Granite Belt. I also head there annually with friends and 2018 was our ninth trip enjoying the long weekend. This was my first venture through the doors at Moonrise Estate and it's safe to say it will be the last - for any of us.

From the outset, eyebrows were raised. "Do you know anything about wine?" was the introductory line that greeted us. I bit my lip - I didn't want to talk 'shop' and chose to just hang out with our friends. "It's $5 for tasting and that covers an education and costs." And what an education is was...

The entire tasting we were spoken at (not to) in a condescending manner. As one of the group termed it best, the experience was more of a condication - a condescending education...

Little room was open for conversation and banter - I felt I was at school assembly with the headmaster at the lectern and nothing else but silence was acceptable. The owner kept referring to wine show points to justify the quality of his wines, which almost demonstrated an insecurity or justification or both. To the common individual, continual reference to the 20 point system means little when we are now in an environment fixated on the 100 points system which consumers are far more attuned to.

Much was made of the Tempranillo 2013 which was a top gold back in the day, and to be frank, the only real award of significance received in recent time.

As the 'condication' continued, odd references were made throughout - even freely divulging how much was paid for a tonne of fruit, ongoing references to how he makes the wines and drinking anything less than $30 'from the corporates' is one of the worst life decisions you could make. We got the clear message that all wines produced bar his were littered with any number of 80 preservatives and no one makes wine better. However, when I asked the owner confirm that his wines are contract made the response was, well, sheepish. And for the record, the owner advises his contract winemaker how he'd like his wines to look but that is as close as he gets to making the wines.

In the end, there's so many ways to deliver a message and engage the customer and today was a lesson in the opposite. Thank goodness there a plenty of fabulous, passionate winemakers and owners on the Granite Belt who are personable, well humoured and open to accept when they don't get things right. Bravo to them.

This Shiraz was the pick of the wines in the range for mine. Called 'Blue Moon' because "Wines like this come along once in a blue moon".

Ribbons of boysenberry, mulberry, and blackberry fruit roll out a welcome mat to please. Aged in French and American oak, a dusting of white pepper sits atop but a leafy edge was prominent sitting alongside green herbs. The finish was good with a silty like tannins lingering.

Grenache glory on high. What a beauty! Elegance and precision without pretentiousness. 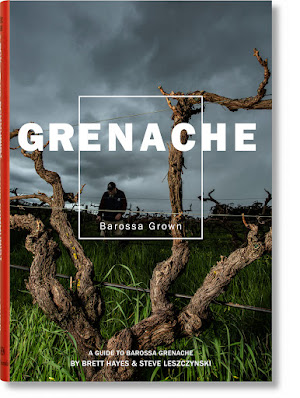