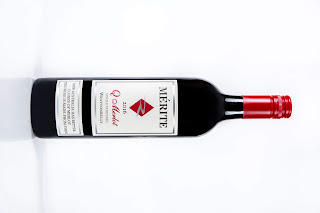 I'm yet to meet anyone more passionate about Merlot than Colleen at Merite. That excitement is centred around the French Merlot clone Q45 she and her husband Mike have worked with which was introduced into Australia not too long ago. Have a glass or two and you'll see that this isn't your typical Merlot. I don't drink a lot of Merlot at all to be honest, but gee, I gave this a nudge. It's easily the best Merlot I've had for a long time.

I sat on the lounge in the bar at the Royal Oak Hotel in Penola back in January alongside Colleen after the Coonawarra Vignerons Cup. We discussed a range of things but chat kept coming back to the clones. I know, after a day at the races and we're talking clones - but that's a snapshot into Colleen's passion for the stuff.

The fruit for this wine is grown in Wrattonbully, a stone's throw up the road from the Coonawarra strip. It's hard to miss the juicy fruit. There's a spring in its step which is the key. A spring many others just don't have. Many Merlots I see are weighed down, lifeless and monotone - on their death bed of sorts. Not this one.

Blackberries are up front with a swoosh of red plum prancing through the mouth. Scents of cassis and eucalypt leap out early before dried thyme and oregano walk tall with poise. Oak is handled well but the tannins are what sets this apart. They're engaging, deep rooted and show expressive width. Time in the glass shows some raspberry cola, dried herbs, cedar and clove too. I can't recall the last time I spent so much time investing myself in a Merlot tasting. Go here with open arms. 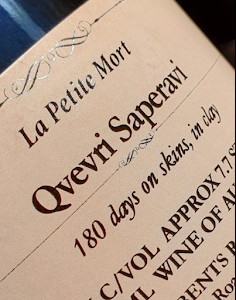